Facing a criminal charge for a theft offense in Brazoria County, TX? Sandra J. Oballe, an experienced criminal defense lawyer with offices in Angleton, TX, is ready to help you fight the charge and help you to learn more about your legal options. 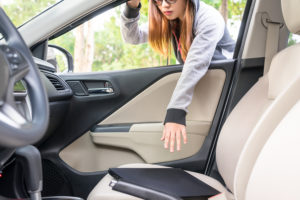 When a person is convicted of shoplifting, robbery, burglary, or any other form of a theft crime, a record of the offense will appear on pre-employment background screenings and other background checks, which could prove to be catastrophic in the future.

Our defense-team will work with you to help you safeguard your future from a stunted-growth caused by a theft offense on your background. We’ll also ensure that you have the information you’ll need to make an educated decision about the best path forward.

The State of Texas considers theft to be an offense against the property of another. Texas law is written in such a way that it protects the value of property as opposed to enforcing a moral expectation of character. In other words, a person accused of stealing a car worth less than $1,500.00 will not be penalized as much as a person who stole a $90,000.00 car. In fact, there is no specific charge for auto-theft in Texas.

When defending our clients who stand accused of theft, our main objective is to investigate the evidence or to uncover the lack of it and to investigate the witness or witnesses to the theft. In most cases of theft, the evidence doesn’t exist, but defendants will accept a plea-bargain in fear of being convicted and penalized harsher than they would have been otherwise.

Our law firm advises against such actions, or at a bare minimum, consulting with your lawyer rather than the prosecutor or a court-appointed lawyer. Without witnesses or, more importantly, evidence, the court must dismiss shoplifting and other theft charges.

Charged With Theft in Brazoria County? 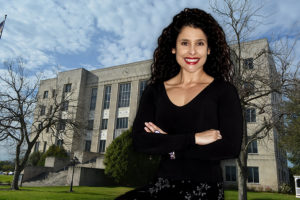 Led by Attorney Sandra J. Oballe, the Law Office of Sandra J. Oballe is skilled at finding flaws in the cases of the state and has no reservations about making those flaws clear to the court. When you stand accused of theft, the matter is serious. If convicted, the appearance of a theft record on your background will not only likely land you in jail, but will also have a strong potential to hurt your economic potential and call into question your moral character.

Fortunately, theft cases are among some of the easiest cases to beat or have dismissed, granted that the defendant is represented by a seasoned lawyer with experience standing up to prosecutors. If you or a loved one was charged or accused of a theft offense, take action now. Contact the Law Office of Sandra J. Oballe or another qualified Brazoria theft crimes lawyer as soon as possible.