Although some Texans feel that people should be able to do what they want with their bodies, prostitution and the solicitation of such is an illegal act in the state of Texas.

It’s not uncommon for men and women to engage in sexual acts for a monetary benefit or another tangible gain, but if they’re caught by law enforcement, they’ll be arrested and charged with a felony offense for their crime. Prostitution was formerly a misdemeanor offense in Texas, but now, even first offense cases are felonious offenses.

Attorney Sandra J. Oballe, a practicing criminal defense lawyer in Texas since 2003, is ready to talk with you if you or a loved one were accused of a prostitution-related criminal offense in Brazoria County.

To learn more about your legal options, contact The Law Office of Sandra J. Oballe by phone at 713-524-6656 or with a discreet note via our contact form.

A person arrested for prostitution for the first time will be charged with a State Jail Felony which is punishable by a fine of up to $10,000.00 and up to 2 years State Jail. A habitual offender will likely see their case and criminal classification enhanced to the next level of severity or worse.

Promotion of Prostitution is defined by Texas law as knowingly receiving compensation as per the terms of an agreement involving prostitution or soliciting a person for sex with another individual. This crime is often informally referred to as pimping.

Promotion of Prostitution is a 3rd Degree Felony and could mean a prison sentence of up to 10 years and a fine of up to $10,000.00 for persons adjudged as guilty. Again, persons who are determined by the court to be habitual offenders may see their case enhanced to a more severe felony classification.

Aggravated Promotion of Prostitution is an offense normally charged to persons who operate a criminal enterprise which involves prostitution. If a person is involved in the ownership, investment, management, or control of any organization that involves more than one prostitute, they can be charged with this offense. The operation of a brothel, escort service, massage parlor, strip club, after-hours, spa or other business in which sex is sold can result in the operator being charged with Aggravated Promotion of Prostitution.

A person accused of Aggravated Promotion of Prostitution will face 3rd Degree Felony charges which could mean a prison sentence ranging from 2-to-10 years and a fine of up to $10,000.00 if they’re convicted in the court of law.

Compelling Prostitution is the criminal charge applied to persons who force others to work as prostitutes or can be applied to a person who forces a minor into their employ as a prostitute.

Accused of a Prostitution Related Crime? 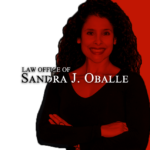 When a person is accused of a crime it doesn’t mean they’re guilty and the person shouldn’t assume they’ll be found guilty. The only implication of being arrested for prostitution is that the person arrested was accused of the crime.

It only means they stand accused.

If you’re represented by competent legal counsel who has experience challenging prosecutors in court, it makes it all the more difficult for the state to gain a conviction. As with all criminal convictions, a conviction for even a misdemeanor prostitution offense can result in damages to your reputation, a criminal background, and a strenuous experience with the criminal justice system.

I fight for my clients.

If you’re looking for a lawyer to represent you and defend your good name that provides aggressive defense counsel, call my office at 713-524-6656. I accept and defend people accused of misdemeanor and felony offenses in Brazoria County.