When a person is killed due to the actions of another, a homicide has occurred. Although tragic, not all acts of homicide are crimes. When a person kills another individual in the act of self-defense, defending another, or defending their property, no crime has occurred. The same is true in homicides stemming from auto accidents, medical complications, workplace deaths, and police-involved shootings.

Criminal homicide charges stem from intentional murders, deaths caused as a result of negligence, and deaths caused during the commission of a felony. If you or a family member are facing prosecution for murder or criminal homicide in Brazoria County, you’ll need legal representation to protect your rights and to guarantee a fair trial.

Attorney Sandra J. Oballe, a Texas native and experienced defense lawyer, provides outstanding legal representation and aggressive advocacy to individuals accused of misdemeanor and felony criminal offenses in Angleton, Alvin, Pearland, and throughout Brazoria County, TX. If you need to talk with Sandra about your situation, call 713-524-6656.

In Texas, there are four offenses which address acts of criminal homicide;

Each of the homicide offenses above carries different criminal classifications which can be reduced or enhanced contingent on the evidence other factors. For example, a murder charge can be enhanced to capital murder if it’s uncovered that a person was killed during the commission of a felony. A person charged with aggravated assault will see their case enhanced to murder if the victim died at a later date as a result of their injury.

A person may be charged with criminally negligent homicide if they caused the death of another person due to recklessness or if they should have known their actions could have deadly consequences. This offense is classified as a State Jail Felony. If convicted, it could mean a prison sentence of 6 months to 2 years and a fine of up to $10,000.00.

In Texas, manslaughter is classified as second-degree felony offense which carries a prison sentence ranging from 2 to 20 years and a fine of up to $10,000.00.

Murder charges will apply if the state finds that one person intentionally killed another or if a person died during the commission of a felony offense. I’ve seen cases where the death of an accomplice in a felony resulted in their partner being charged with murder as prescribed by the felony-murder rule.

In Texas, murder is a felony in the first degree. Individuals convicted of murder in Texas will face a prison sentence ranging from 5 years to life with a fine of up to $10,000.00. Depending on the circumstances of the case, the charge could be downgraded to a 2nd Degree Felony or upgraded to capital murder. A downgrade to a 2nd Degree Felony could happen if the court finds the defendant acted out of sudden passion.

If an individual is accused of killing more than one person, a public servant, to satisfy a murder for hire contract, a child, or caused the death of a person during a prison escape, they’ll be charged with Capital Murder. In Texas, Capital murder is punishable by a life sentence without the possibility of parole or the death penalty. Individuals convicted of capital murder who were under the age of 18 will have the possibility of parole. 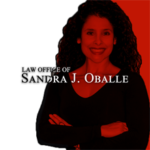 If you’re accused of allegedly taking part in a criminal homicide in any capacity, you’ll need legal representation because your life is on the line. Whether you’re a party to criminally negligent homicide or murder, your future and way of life is at stake. Over the coarse of my career I’ve helped hundreds of defendants charged with serious felony offenses in Texas. If you need my help, I’m here for you.

I’m Attorney Sandra J. Oballe, an experienced criminal defense lawyer that’s based in Angleton who prides herself on being aggressive, tactful, and successful for my clients. If you’re ready to schedule a consultation with me or take part in an initial & free review of your case, call me at 713-524-6656 or send me a message using my message form.