The best way to avoid being arrested is never to leave home, but that’s not freedom. Then, when you stay home, there’s still a chance of being arrested via domestic disputes. Someone is always detained and jailed when police are called out to residences due to family assaults or threats of such.

Regardless of how many millions of Americans are incarcerated in America’s prison system, there are lots of innocent people in there who could have avoided imprisonment had they limited their chances of being arrested.

We at the Law Office of Sandra J. Oballe would like to share our views on the best ways to avoid coming into contact with law enforcement officers which should significantly reduce your chances of being arrested.

Remember, Police Officers are the King of the Road 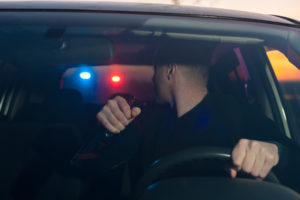 The majority of people in jail right now, in prison, and being processed into county and city jails, were arrested in public due to a minor traffic infraction. It’s that simple. Police officers observe a traffic violation, make a judgment call about whether or not to respond, and there they are – sticking their nose into your vehicle and demanding papers. This is the pivotal moment when the officers decide if they have probable cause to search you and your vehicle.

Whether they have probable cause or not, if they get a hunch or an itch, you’re getting searched. Lord knows if they smell any hint of marijuana or alcohol they’ll all but call out the SWAT team before arresting you. Ask anyone arrested for marijuana possession or DWI; their detainment likely stemmed from a traffic stop. The funny part about traffic stops; if police don’t have probable cause to search you, and if the traffic infraction was minor, you might not even get a traffic ticket.

Tip: When driving on public roads be sure to have proper registration and insurance and to avoid traffic offenses. When on the freeways, assume that a driver far ahead of you that’s braking is braking because they see police cars ahead. This method of police detection is far more effective than oversold and under-performing radar detectors. Furthermore, don’t speed and certainly don’t run any lights or stop signs. Blatant disregard for public safety is one way to touch the soft spot of almost every man and woman in uniform. 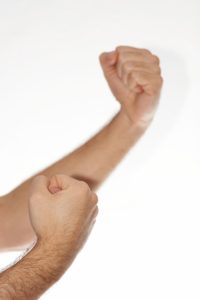 As previously stated, you can be arrested at home if the police show up to your door. You may feel that your home is sovereign territory, but that’s only until police arrive to respond to a domestic dispute reported by neighbors or by a family member.

There’s an almost universal rule of thumb when it comes to responding to a domestic disturbance call; take someone to jail to allow a cool-off period and to avoid an escalation to or of violence. The reasoning for this is that officers have a conscience and would hate to hear of a murder that they could have prevented at a “domestic disturbance call” where they were previously present. When domestic killings and aggravated family assaults occur, it’s usually the same officers responding that were at the residence earlier.

Control Your Liquor, Keep Your Freedom

Intoxication is the precursor to thousands of arrests, many auto accidents, lots of emotional spur-of-the-moment murders & assaults, all and kinds of other avoidable carnage. Heck, even police officers and prosecutors have found themselves looking down the barrel of the Texas criminal justice system due to the irresponsible use of alcohol.

When people are intoxicated, they tend to commit other crimes and offenses such as traffic violations, assaults and are often found to be in possession of a controlled substance in addition to being charged with DWI or Public Intoxication. DWI related accidents and injuries are quick felonies while misdemeanor DWI charges can be enhanced to felonies if the Blood Alcohol Content of the defendant is beyond a certain threshold. Aside from DWI, people make bad decisions, have poor judgment, and limited coordination when intoxicated. Thus, many avoidable and unintentional crimes are committed resulting in thousands of good and moral people being arrested, jailed, and sometimes, convicted.

Tip: When out drinking be sure to remember there will be time afterward, which needs to be handled with the utmost care and responsibility.

Looking for a Criminal Defense Lawyer? 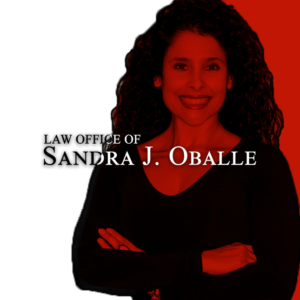 Since 2003 Attorney Sandra J. Oballe has practiced law by defending her clients with class, integrity, and diligence. If you need a criminal defense lawyer in corner, that will argue on your behalf and not side with the State of Texas, we’re here for you.

Whether a family member, yourself, or another loved one were accused of a felony or misdemeanor criminal offense in Angleton, Alvin, Pearland or elsewhere in Brazoria County, we have options that might help you avoid jail, and maybe get the case dismissed.

The Law Office of Sandra J. Oballe offers affordable legal fees and flexible payment arrangements to all of our clients, and we’re always ready to answer any questions posed by our clients, anytime of the day or night.